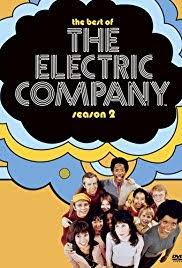 A successful executive, Janina Casey was a child actor in her younger years. Janina Casey appeared on the 1970s children’s television program The Electric Company, receiving a Daytime Emmy nomination.

A staple in many American elementary schools, The Electric Company began as a response to high illiteracy rates. The Children’s Television Workshop, the creator of Sesame Street, spent a year consulting with some 100 experts before the program launched.

The first show aired in January 1971. Within weeks, 4 million children, half of them in schools, tuned in daily. Teachers reported a sharp drop in absenteeism for classes showing the program. A sample of second graders showed viewers were five months ahead of their non-watching classmates in vocabulary and six months ahead in comprehending reading. Fully one-third of American schools tuned in when its second season began.

Although The Electric Company consistently won strong ratings, it was canceled in 1977 and went into reruns. The show did not bring in revenue from merchandising, unlike its sister show, Sesame Street. A revamped version appeared on PBS Kids from 2009 to 2011.